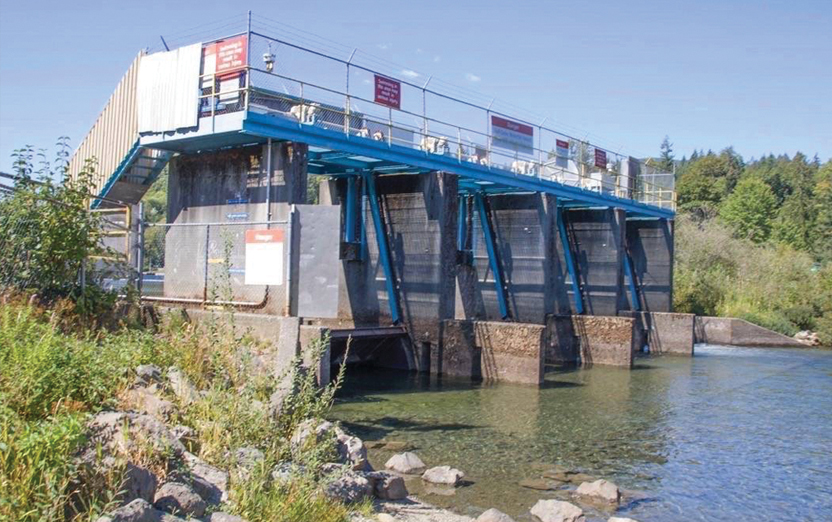 CROFTON, BC – Cowichan Lake pumping into Cowichan River is set to begin on Thursday August 29. Water will be pumped at a rate designed to maintain current flow conditions in the Cowichan River.

The Cowichan Basin has experienced eleven droughts since 1998 with 2019 being the most extreme year to experience spring water shortages. A winter with half of the expected snow pack followed by a drought beginning in early February are root cause of this year’s conditions. This has led to record low lake levels and severely reduced flows which now requires water pumping of Cowichan Lake into the river to preserve the river and its habitat.

Catalyst Crofton will manage the pumping, authorized by BC Ministry of Forests, Lands, Natural Resource Operations and Rural Development. Pumping will occur until water levels naturally restore themselves later this fall.

“Best efforts will be made to minimize any impacts from water pumping to protect the Cowichan River and the Lake,” explains Brian Houle, Catalyst Crofton Environment Manager. “We have engaged authorities and consultants to provide oversite and surveillance during pumping operations.”

To protect those using lake and river, a local guide familiar with Cowichan Lake will deploy buoys to highlight any new hazards to navigation.

“Catalyst Crofton has been collaboratively managing Cowichan River since 2002 with First Nations, local government and other key stakeholders,” states Chuck Walls, Catalyst Crofton General Manager. “Working together, we can get through this latest drought. Our top priorities are the protection of Cowichan Lake, Cowichan River and the town’s water supply.”

The general area around the weir spill gates, the weir and the pumps in the lake and their discharge area in the river will continue to be inaccessible. Boaters should exercise extreme caution especially near shoreline areas looking for navigational hazards.

The Provincial water manager has guided Catalyst Crofton to work with Transport Canada to ensure boater safety on Cowichan Lake due to low water level hazards which may impact navigation.

Canada Coast Guard officials are assisting Catalyst with the impacts on Cowichan Lake and are guiding Catalyst on deployment of buoys that will be needed for marking of the temporary hazards to navigation.