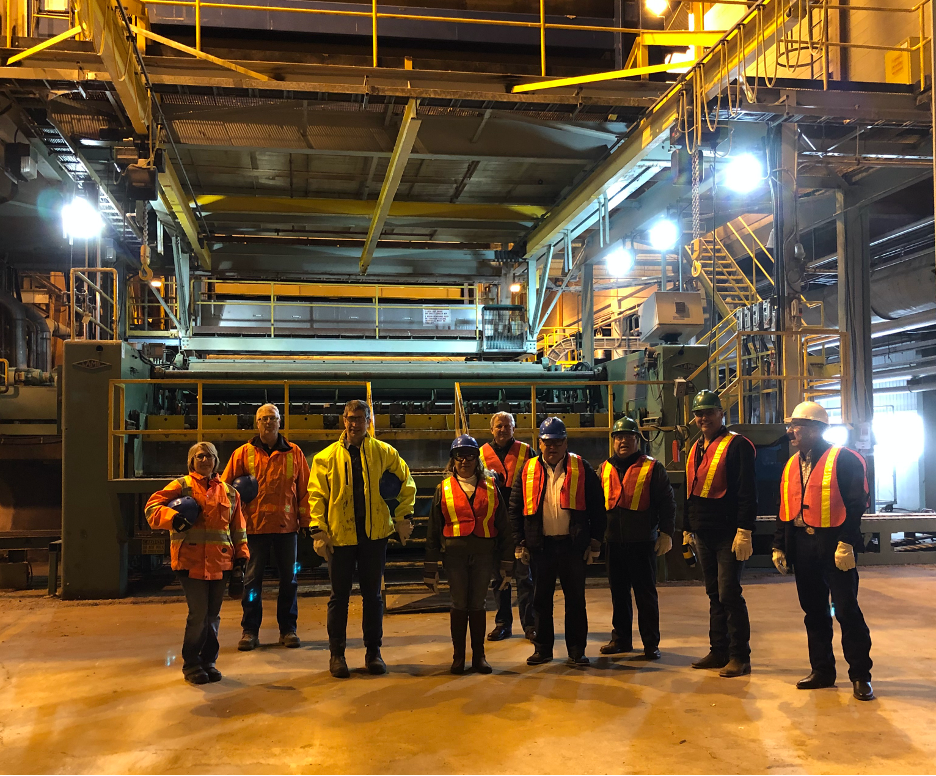 “We now have agreements with all the industries around us,” said Chief Peter Bill of the Pelican Lake First Nation. Chief Anne Thomas of the Witchekan Lake First Nation added, “First and foremost in establishing a partnership is standing on common ground with a vision based on positive values. Touring the mill gave me an insight to possible opportunities.”

“We recognize this is a first step in a long path of relationship building with the Pelican Lake Fist Nation and Witchekan Lake First Nation,” said Graham Kissack, Vice President of EHS and Communications at Paper Excellence Canada. “We’re excited to have begun the work with our valued neighbours and look forward to future successes with Indigenous partners especially in areas regarding fibre supply for our mills.”

Paper Excellence Canada already operates one mill in Saskatchewan at Meadow Lake and is working to restart its other operation at Prince Albert. “The signing of this Letter of Intent signals our readiness to continue to build other key Indigenous relationships in the province,” added Kissack.

As well as taking a positive step towards reopening the Prince Albert mill, this initiative also supports one of the 20 Actions for 2020 in Saskatchewan’s Growth Plan: “Growing Indigenous participation in the economy through the growth of Saskatchewan’s natural resource industries and labour market development.” “Paper Excellence Canada values the support of the Saskatchewan government,” said Kissack. “We are glad that the signing of this Letter of Intent dovetails so well with government’s growth strategy.”

Note: Perspective compression is making people appear closer than they were; proper social distancing measures were observed when this photo was taken.

Paper Excellence, headquartered in British Columbia, is a diversified manufacturer of pulp and specialty, printing, writing, and packaging papers that operates 9 facilities in Canada producing over 3.6 million tonnes annually with a workforce of over 3,500 strong. Paper Excellence is poised to continue to grow with its strategy of operational excellence and high-quality, cost-effective products.