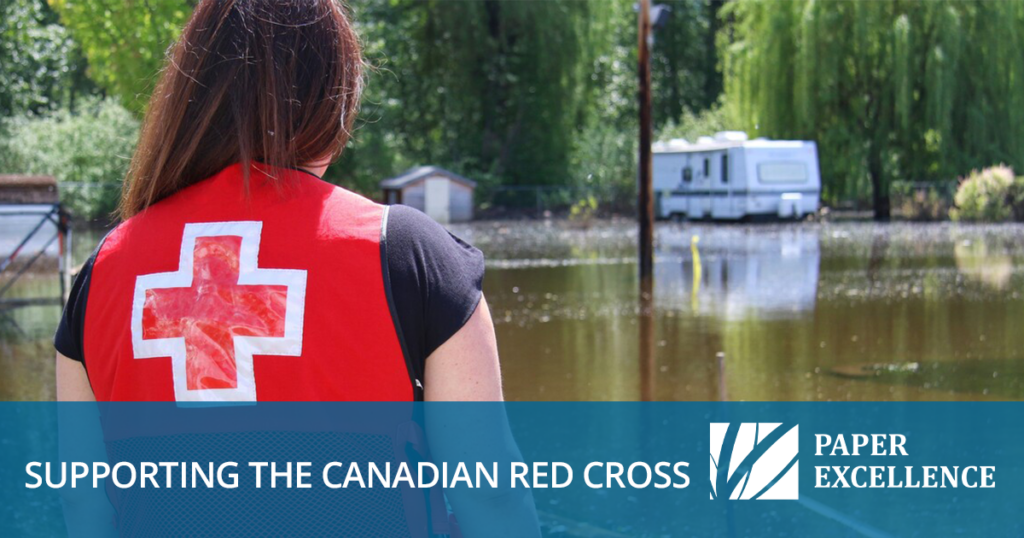 Richmond, BC – Paper Excellence Canada announced today it has donated $50,000 to the Canadian Red Cross. A majority of the donation will support ongoing emergency management operations in British Columbia and Saskatchewan, while a donation of $20,000 was made earlier this fall to Nova Scotia Red Cross in response to Hurricane Fiona. Paper Excellence Canada currently has operations in British Columbia, Saskatchewan, and Nova Scotia.

“The Canadian Red Cross is extremely grateful for the generous donation from Paper Excellence,” said Luc Mullinder, Vice President, CRC, Saskatchewan. “Your gift ensures that no one is alone when facing an emergency or disaster. It also supports initiatives that help those most vulnerable in our communities. Families and individuals who experience natural disasters and evacuations from their homes in the face of uncertainty at a time of crisis. These individuals are given essentials such as food, shelter, and clothing. Your generosity ensures we can be there for communities when called upon and support those who need it the most.”

Paper Excellence, headquartered in British Columbia, is a diversified manufacturer of pulp and specialty, printing, writing, and packaging papers. The company operates seven mills and a large-scale cargo distribution centre in Canada producing and shipping over 2.5 million tonnes annually with a workforce of more than 2,200 supporting 7,000 indirect jobs. Paper Excellence is poised to continue to grow with its strategy of operational excellence and high-quality, cost-effective products.